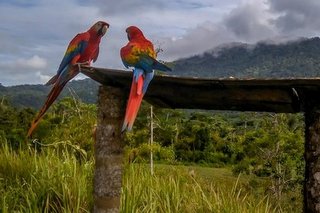 In search of a Tendua mother-daughter duo in the dense of Amazon Rainforest!

Carrying our backpacks and waddling on the muddy trail near our cottage to go out of the dense foliage of the Amazon and to the boat which was to take us into real life, we were so busy admiring the iridescent blue morpho butterflies (typical of the Amazon), that we almost shrieked when the guide shouted something about a leopard.

A narrative of travelling through the Amazon Rainforest. Pin it for later! 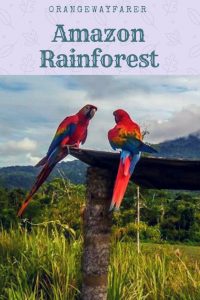 My mind had not completely translated the Spanish phrases that had left his mouth like an arrow, but I saw him sitting on the makeshift, sloppy bridge, bending over some animal footmarks, and analyzing them with squinted eyes.

There had been too much rain in the tropical rainforest, and nothing seemed the same a few minutes later. But with the innumerable hours that I have spent watching NatGeo and Discovery, along with the sharp eye of the guide, I could convince myself that we were staring at the footmarks of a leopard, who must have taken a stroll near our cottages at night, as there were no marks the previous evening.

And as the realization set in, I trumpeted, “But I wanted to see her.”

The jungle was still recovering from my shout when the guide exclaimed, “con una bebe (with a baby).” And then he pointed his thick forefinger to the four tiny foot marks alongside the big ones.

He said proudly, “how could you guys miss this?” As if we were the indigenous tribes who survived by staying away from Leopard’s footprints. Sorry Carlos, if we couldn’t make out the footmarks of a mother and a daughter tendua. I guess we would have to spend more time in the jungle.

And suddenly a National Geographic explorer stood upright in an Indian girl, a German couple, and an Iranian guy, and we tried retracing the footsteps. But after a few meters, all the footmarks, of animals, humans, and insects, were muddled up.

Maybe the mother Leopard walked around to mix up the tracks so that no one could trace her or her little child? 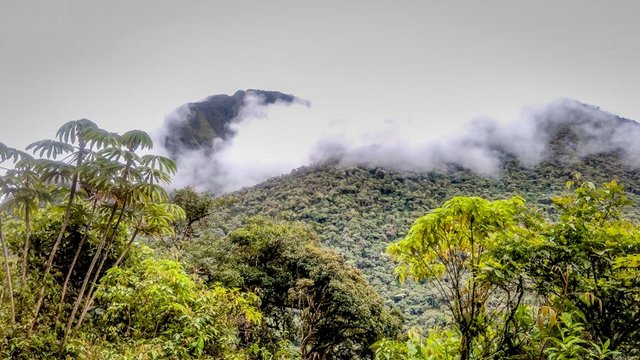 Carlos, who was a great guide all jokes aside, told us that the leopards walk on clear-cut paths made by humans, and the baby-mother duo might have been near our cottage at night, but we would never know.

The drama queen that simmers just below my demeanour overpowered any logic that was left in me, and she sighed, “I wish I had seen the baby leopard and the mother.”

But the guide said that we were lucky that we didn’t stumble upon the mother, as she would have been more dangerous than anything else alive. And with that statement and with the sincerity with which it had been spoken, I happily concluded my four-day adventure in the Manu National Park, a dense part of the Peruvian Amazons.

After all, my dream had come true; I went to the Amazon. 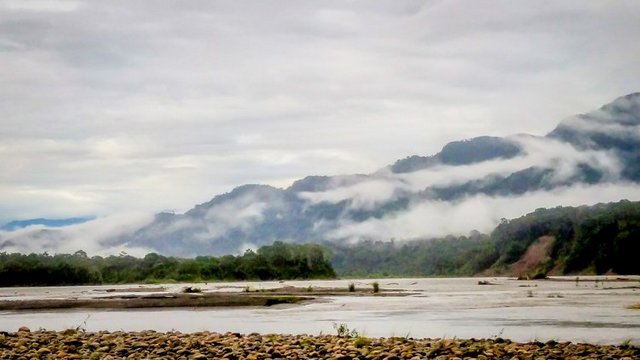 As a little girl, when we all huddled up in my parent’s drawing room in their home in our small Indian town and watched documentaries about the Amazons on the National Geography and Discovery channel for hours, the jungle had looked like a place far, far away, maybe even beyond reach. I wouldn’t have believed anyone then that I could come any closer to that dream-like reality.

So when I was going to South America (SA), seven months before visiting the jungle, I pondered if I would be able to visit the Amazon. But when my Latin-American rendezvous began, and I started teaching English in Chile, I forgot about the Amazon for a while. The fact that Chile is one of the few countries in the SA that the jungle doesn’t extend into didn’t help. 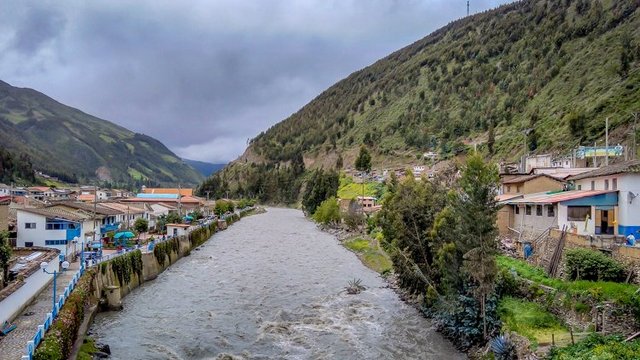 The name Amazon struck me again when after my teaching stint and during my three-month solo travel through SA, I was traveling in Cusco, Peru. When I asked fellow travellers that what are the things to do in Cusco, they told me that Cusco is the gateway to the Amazon, and I should definitely go. But they also said that it was pouring down in the jungle at the time, that there had been mudslides, that a tour into the rainforest was costly, that you would need permits, and that the trips were always pre-booked for months.

But on the second day of being in Cusco, I booked four days and three nights excursion to the Manu National park, one of the densest zones of the Amazon and also the most accessible without demanding any permit. I declared to my Mexican and French friends in the hostel that I was going to the largest rainforest in the world, packed my bags, and was ready to leave. 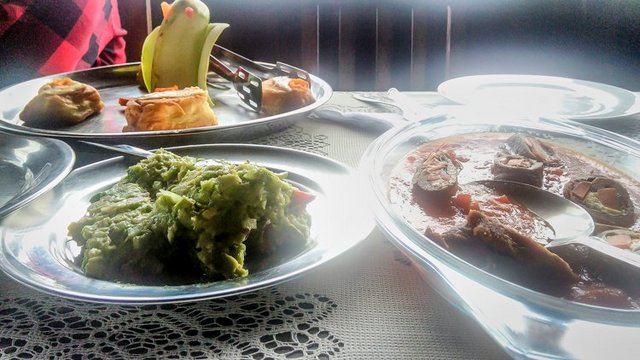 Also read: A Thai food affair on the floating markets in Bangkok!

A few hours later, while I was drinking beer with my friends and preparing myself for the upcoming trip, the receptionist told me that the guide was at the hostel to see me. The guide told me that there had been a big mudslide and that the park wasn’t accessible anymore. The company wanted to take me to some adventure sports hub in the jungle.

These are the moments when I thank the universe for making me smart, as I rejected their offer of driving mud bikes in Amazon, took my money back, and sent them off by telling them that I would go back a few months later. But neither did they nor did I know at that time, that the next day I was going to book another tour through another company to the same park. 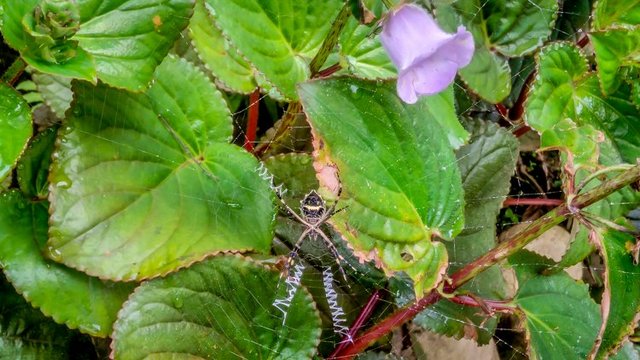 I left for the park the next day while crossing the road which had been reconstructed after the mudslide(during monsoons this is a common scene.) And the four days that I spent through the tropical rainforest and its rainy chaos were some of the most special days of my life.

We drove deep inside the jungle, waded our boat through the roaring Manu river to reach our eco-lodge, carried monkeys and sloths in our arms, watched macaws sit on the backs of their caretakers in the rescue centre, played hide and seek with Capybara’s, listened to hummingbirds and saw them fluttering in groups over the blooming tropical plants, waited for red and blue and green macaws to go to the clay lick for their breakfast, hiked Amazonian mountains, night trekked to find some of the most colourful poisonous frogs and hidden snakes, enjoyed the monsoon that spread itself over the gushing river while sipping tea in our lodge, stole bananas and papayas, and stopped now and then to spot exquisite eagles and owls in the heart of the king of the jungles.

What wouldn’t I give to be in the park again?

And you, have you dreamt about the Amazons, too? 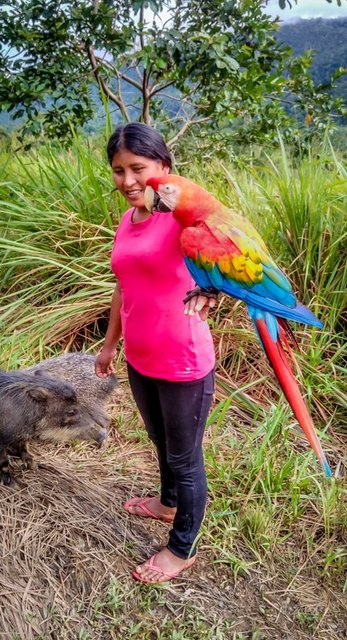 You can visit the Amazon Rainforest from…

The Amazons are accessible from Peru, Bolivia, Brazil, Colombia, and many more countries. From Peru, where I chose to explore the Amazons, you can access them via Cusco and Iquitos. From Iquitos, people also take trips into the Amazon to try Ayuhasca, a herbal drug which promises to clean your internally and externally. The main road of Cusco near the Main Square was lined by tour companies, most of which had tours to the accessible part of the Amazon (much of the jungle is under government protection.)

Many people might tell you that the tours are sold out months beforehand, but that is not true. Walk into a few shops and talk to the agents to get a feel for the company and negotiate for prices. I got discounts when I said that the price seemed steep, and I paid between 200–300 dollars for four days and three nights. The tour included to and fro transport from my Cusco hostel, great food, water, stay, and, of course, the guide.

The tour companies send a chef along with the tour, and he/she cooks sumptuous buffets throughout your stay. So don’t worry about the food. 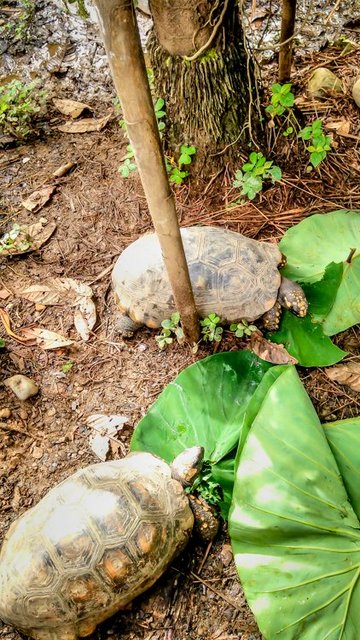 Also read : The Sunset Saga at the Masai Mara!

Pack a mosquito repellent spray or a cream, long-sleeved shirts and full pants(preferably cotton), long socks so that you can pull them over the pants, a light jacket, swimsuit, good hiking shoes and a slipper, a rain jacket, camera with a good zoom so that you can click birds perched at a distance, binoculars (the guides also bring really professional ones and let you see from them), a flashlight, toilet paper, sunglasses, sunblock and basic medicines, a few disposable bags, and water. Carry a few pairs of change as you get wet often, and the clothes might not dry quickly in the humid weather. A plastic cover for the phone would be a good idea, too.

The jungle is open throughout the year, and I visited it during the peak monsoon month of March and found the Amazon in its most lush countenance. Every inch of the jungle was densely green, the rivers roared, roads were fringed with tiny waterfalls which gushed at full speed, papaya, pineapple plantations, and inland areas were flooded, and the birds flew atop all happy and glee.

It is difficult to spot animals in the monsoon, which is from January to April, and also frequent mudslides happen, making the road a bit tricky. But in the monsoon, high water levels would also let you navigate deeper into the forest, though you might also just get stuck in the wet soil up to your knees, like me. Sometimes the guides and the porters carry you on their shoulders to cross the flooded land. Or they may ditch going further and instead go fishing, another delightful experience.

Also read A few days in the Bodo land with ethnic hospitality!

You can’t find a dry period as Amazons are tropical rainforests, and they are wet, hot, and humid throughout the year. But the driest months are June to September when you can expect to spot more animals as they come out to drink water at the river banks. The combination of the two kinds of weather would be the month of June.

If you are going to South America, and feel that the season is not right, I would suggest you to still go, be eco-friendly, and enjoy.

For Amazon is as natural as it can get.

Priyanka Gupta has been exploring the furthest part of the world for quite some time now and is very kind to write this piece for my blog Orange Wayfarer! 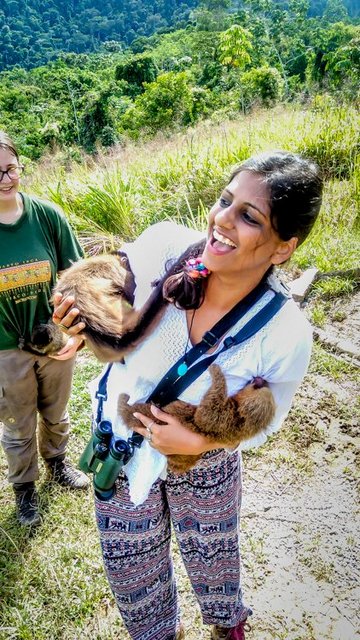 Priyanka and I found each other on the world wide web! The mutual admirers of each other’s work, we discovered we are practically neighbours in Bangalore, yet counting days to make time out from our travelling schedule to make the final meet up happen!

I knew she is a Delhi IIT CS graduate and ditched her investment banking career for the art of writing! Her blog, On My Canvas, is a testimony to her mindful nomadic life! You can also follow her on Facebook, Instagram (she has been exploring Bali lately)!

the disclosure post. If you have liked the article, you may support it by buying using these links without any extra cost to you. 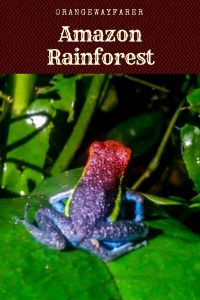 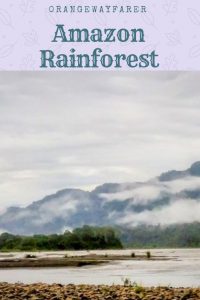 4 thoughts on “My Dream Came True, I Went to the Amazon! : A Memoir from Amazon Rain Forest Travel”