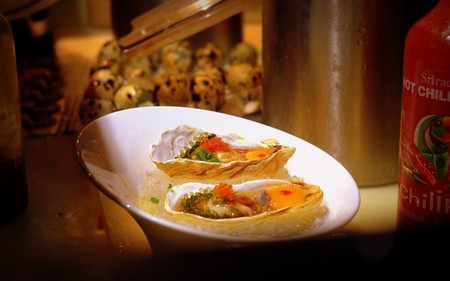 The city is old. It has had its own share of rendezvous with colonial rulers. But ancient indigenous civilization peeps from the morning customs as the populace prepare to welcome another work day. The old rat is dead and rots by the open sewage. What did you say? Delhi? Nay. It is not Delhi. There flows a river by the side. A massive one. People love and live with her. What? Dhaka? Nay nay. You know the city to be one of the emerging economies of Asia, Cub economy they call. They call it Ho Chi Minh City. But ladies and gentleman, I love the name Saigon. Just like Mumbai remains Bombay for me, Saigon shall find a safe shelter in my vocabulary.  I have a doubt that this blog post will very soon become a list of must eat restaurants in ho chi minh city. But food, my dear, tells all about a place!

A quick introduction to the city of bikes

Our stint was short-lived. We smiled and winked at each other while it rained incessant. Well, most of the stay. Saigon was more of a transit for me for cheap flights to Vietnam comes to this airport. Had I been touring the south of Vietnam, I would have explored it more. I was awaiting eagerly to reach Hanoi hence just a couple of nights were assigned for Saigon. Nonetheless the city overwhelmed me with the following:

The first night at Saigon had me pull up a chair and get cultural acquaintance with undivided attention.

If there is anything we are serious about, it is neither religion nor learning, but food.Lin Yutang (1895 – 1976) – a Chinese writer and inventor who is known for his compilations and translations of classic Chinese texts into English

The Francophile city has so many eateries lined up whose name start with La. A La XYZ is quintessentially French. The waiters speak fluent English. Just like the way, a Mocambo serviceman would speak impeccable English in Kolkata. We took a gentle serving of the Sole fish, a chicken Pate and medium done steak.

On the way back, we chanced upon an amazing ice cream parlor at the basement of a shopping mall. The Fanny can be set as a benchmark of ice cream craftsmanship. We had a serving of mango and vanilla. We tried mango for the second time, it was so good. While returning to Bangalore, we had a night in Saigon and I made it a point to go back there again.

Read about my Vietnam itinerary here

Pho to Vietnamese is what Biryani is to Indians.  The flavorful stock that is a result of a good couple of hours hard work is identical to the Vietnamese diaspora. The fall of Saigon, millions fleeing from the country and the world chanced to taste a spoonful of the flavorful broth, wherever the Vietnamese went. The French are credited with introducing beef to the country that favored pork, shrimps along with fiery chilies. While on transit, from Saigon to Hanoi, I had the good fortune to sip on the broth, bearing a century of legacy. Pho Nam (Pho of south) played kind with me with subtle undertone of spice mixes and delicious flavor.

We order a plateful of sushis and spring roll with it as well.

Since I have not been to Japan, yet may die for the colorful flower-like dainty portions, I had to provide for my sushi craving while traveling from the airports. The Sushis at the stall were decent if not astounding. However the spring rolls were mind blowing. It would be almost blaspheme if you do not try the great rolls in rice paper that shelter gently steamed pork slices or shrimp along with fresh herbs from the courtyard. Dip them in the accompanying sauce if you prefer to spice it up. However I preferred the bland taste that emphasizes more on the freshness.

While on our way back, we wanted to extend out Japanese romance for the night. We have had savored the delicacies from Hanoi. Hoian had astounded us with plethora of seafood. District one at Saigon had plenty on offer for a Japanese food fan. I went on a binge with the sushi rolls and the rice beer and the Tempura. Probably the best tempura I had tasted ever. It was crispy the way it had never been. Neither spiced up, nor hot, the white flesh of the seafood was cooked the way one fancies. 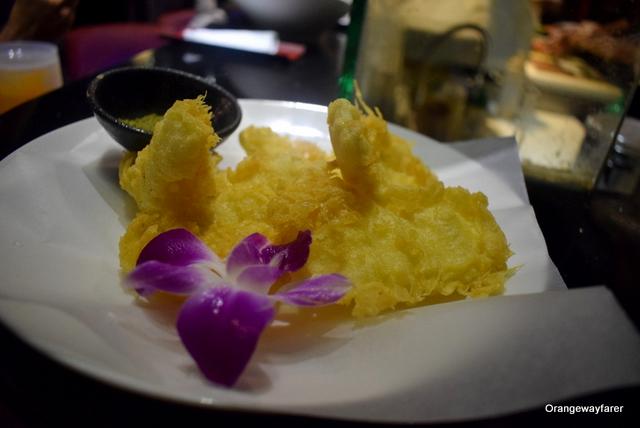 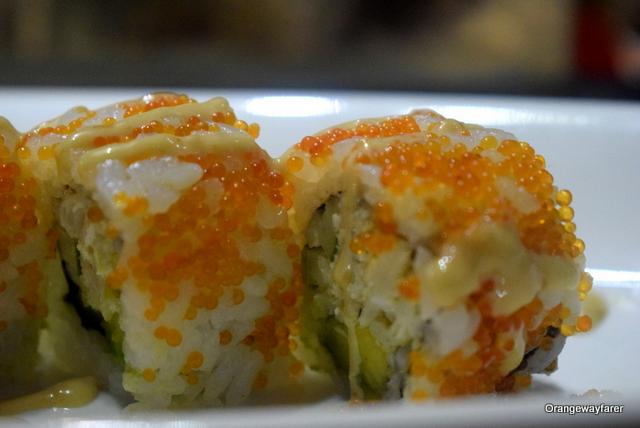 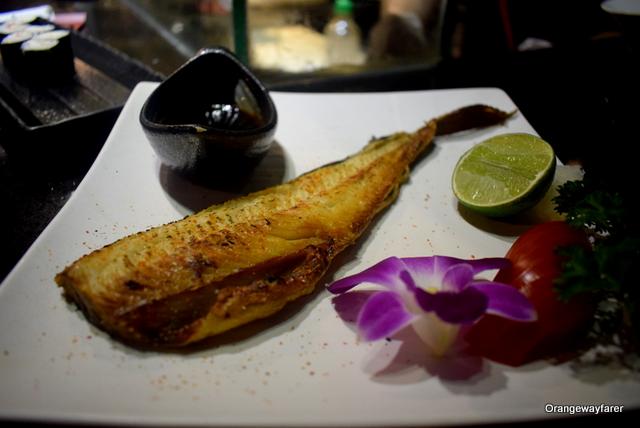 All about District one of Saigon

Sated with the Sushis, we explored the clay pot fish scene in Saigon once again. Every eatery of the district one is a gold mine in their own sphere, conjuring up local delicacies in the best way possible. The prevalent use is catfish to make the dish. Tea is often balanced to offset the fishy smell of the caramelized fillet!!

To much of my dismay, I found the lesser known eateries from district one serves amazing dishes made with fish. No matter how much the Bengali soul craved, I have to make another visit to explore more from the area. One fantastic dish I chanced upon from the South Asian kitchen was shrimps cooked in a coconut shell. They had a meal system (what we thali in India) for the locals. They had crocodile hotpot in the menu too. Alas, I had no time. It started to pour all of a sudden and the busy streets suddenly became desolate, devoid of any car. Reminded me,

“We been through every kind of rain there is. Little bitty stingin’ rain … and big ol’ fat rain. Rain that flew in sideways. And sometimes rain even seemed to come straight up from underneath.”

A struggle to get a taxi and the way to the airport with luggage spilling from a failed zip is another ordeal and part and parcel of a weary traveler, I guess. But Saigon, the old friend, with relics of a terrible war bygone, the impressive buildings and a bustling city life remains in my list to go back.

In two nights and one day’s time, all I could list down for you from Saigon is must eat restaurants in Ho Chi Minh City! Also read about my ordeal to explore the War Remnant Museum which will compel you to rethink world peace.