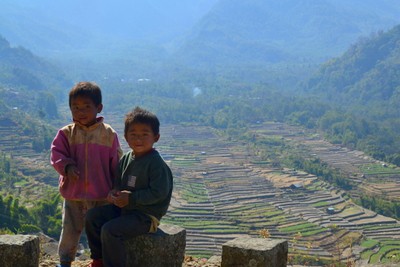 The North East seven sister states of India is the last hold of Himalaya where human foot has not set part contagiously. My travel to some of the states are planned in less than a month but I needed an expert telling me about the place. because “I can’t keep calm, I am visiting North east.”

While  Shantam  was traveling to Kohima, I remember his daily intriguing  feed in Facebook. Here is an attempt to share the pleasure with all my readers. Please note, holiday destinations in north east India may differ than otherwise regular travel destinations. However, they are beautiful, diverse and resemble very little with that of mainland Indian subcontinent. Along with an interview style article, this article  is deemed fit to serve you as a preliminary guide for Nagaland, Manipur, Mizoram tourism as well.

Shantam Basu loves to describe himself as the following:

Nick name: My mom calls me a vagabond. I like to think of it more as a compliment than an insult. Jesus was a homeless vagabond too, right?

Hometown: Siliguri, in the foothills of the Himalayas. My favorite hobby as a child was to climb to the terrace and sit there for hours staring at the Kanchenjunga.

And what do you do for a living?

You mean what I do to fund my travels, right? Because I travel for a living. That’s what I consider “living”. Confining oneself within four walls and sitting at a desk for 8-9 hours isn’t how I think “living” should be defined. However, nihilism apart, I work at a content marketing firm where I write to build marketing collateral for our clients and often times provide thought leadership content to them.

Take us through the route you followed to travel in North east to cover the chosen holiday destinations.

In January this year I had this sudden urge of going to holiday and explore destinations in North East India (I had never been there before). It wasn’t unusual. I keep having these thoughts all day, every day. But this was an exceptional case. I was in the final semester of my postgrads. I knew I would cease to be a student after a few months and this was my only chance to hit the road without worrying about leave approvals. So I decided to go as many places as I could in the least amount of time possible. The route I took was Guwahati-Majuli-Kohima-Aizawl-Shillong.

What were the states you covered in this journey? What was your budget?

I covered 4 states during this journey – Assam, Nagaland, Mizoram and Meghalaya. I wanted to set an example for students and low-budget travelers by completing this trip on a shoestring budget. Travel, lodging, fooding and all other miscellaneous expenses included, I completed the entire trip a little under 10k. People find it a little amusing and unimaginable that I was able to complete the entire trip within that budget, especially when I tell them that on some occasions I had breakfast and dinner at two different places on the same day.

I wanted to set an example for students and low-budget travelers by completing this trip on a shoestring budget. Travel, lodging, meals and all other miscellaneous expenses included, I completed the entire trip a little under 10k.

How long did you take to cover the places?

It took me 10 days to complete the entire trip. It was a sort of like a touch-and-go type of an itinerary. I was only able to pass through the capitals of all the states and a few other places which I deemed important like Majuli Island and Khonoma village.

If you have to rank them in order of preference, how shall you arrange the holiday destinations in north east India?

Aizawl, definitely Aizawl! People in Mizoram are the nicest and sweetest people in the country. I felt really welcomed and I had no problem navigating through the streets as people were really eager to help me out with directions. I was greeted with a smile everywhere I went. Also, the views of the surrounding hills and the streets are absolutely stunning. I would like to come to Nagaland next, as the exotic food, green mountains and the solitude of being the only tourist in the city is something that I have always yearned for. Like Ian Wright once said after visiting Iran, “When you visit a city where nobody goes, you have the entire city to yourself”. Assam would be next on the list since there a huge number of affordable restaurants and the street food scene is absolutely superb! Meghalaya would come last, only because it is overcrowded with a huge number of tourists throughout the year.

“When you visit a city where nobody goes, you have the entire city to yourself”

Did you love the train journey? What is the snack you find easily in NE railways?

YES! That was the second best thing about the entire trip, food being the first. I was lucky enough to get a side-lower seat on all my train journeys through the North-East. The views were spectacular and I just had to plug in my headphones and see the world drift by me. I didn’t feel bored for even a second. I would like to recommend the Guwahati-Silchar route. It’s a journey through paradise. My advice to travel bugs – if you don’t have a problem with long and tedious journeys, then take the passenger train from Guwahati to Silchar, you won’t regret it.

Coming to food, you find milk tea being served almost at every station and some trains that have a pantry car, like the Jan Shatabdi, also serve some great milk tea that keeps you going. I also found sliced pineapples with chilli powder and salt sprinkled over them being sold in transparent plastic pouches. They were really sweet and the condiments added a tangy touch to them. Also, they cost just 10 rupees a pouch. You also find “Garam Chana”, a stir fried dish of chickpeas being served for 15 rupees.

Tell us about the food. Which one you loved the most?

I have a thing for all things bizarre. I tried frog legs, dog and a fermented bamboo shoot in Nagaland. In Aizawl I tried pork-skin chips and the Mizo thali. In Guwahati I tried the Assamese thali and piping hot momos. In Meghalaya I found the “Jadoh” or the Khasi thali. I loved all of them the most. When it comes to food, you really can’t ask me to pick a favorite. That’s just not feasible.

Most of the food that the Mizos east are a little bland compared to the food we eat but it is extremely healthy and nutritious. The “Vawska Rep Bai” is one of the best pork curries I’ve ever had. Also, very uniquely, the Mizos do not drink water while eating their food. Instead they boil certain leaves and vegetables and drink their stock while eating.

Mizos do not drink water while eating their food. Instead they boil certain leaves and vegetables and drink their stock while eating.

The Jadoh is the most delectable item I came across. It’s like a pork platter containing 4 different kinds of pork preparations with a small serving of rice cooked in pork fat.

Did you make any friends?

I met a duo from France in Majuli who were traveling through the North-East and we bonded quite well over music and food. I took them with me to the station the next day and booked railway tickets for them since they had no idea about the reservation system of the Indian railways. They gave me a small bar of Belgium chocolate before we parted ways in Dimapur. Lovely people! Then again when I was on my way to Shillong from Mizoram, I met a lady whose first reaction after hearing about my itinerary was, “That’s quite unusual”. She was really happy to find someone who had come to explore such isolated lands. She asked me to drop by her house in Guwahati on my way back. So I crashed at her place on the last night of my journey and she prepared a 4-course authentic Mizo meal for me. I was spellbound by her kindness. I then found out that she’s the daughter of the first Member of Parliament from Mizoram and had also worked very closely with Mother Teresa in Kolkata. We’re still in touch and she hopes to host me again sometime in the future.

Did you pick up any local phrase?

Very early on in my journey, I had figured that “Gahori” meant pork in both Assam and Nagaland. So I used that term across hotels and restaurants in those two states. What is your most remarkable experience from traveling in North East?

It was the 25th of January and I had just come back to my hotel room after a long day of culinary exploration and traveling in Kohima. I wanted to make my way to Imphal the next day so I went to the NST bus stand to inquire about the bus timings that evening.

The guy at the ticket counter looked at me anxiously and asked, “When do you want to go”?

He smiled and said, “You won’t find any transport to anywhere tomorrow. There will be curfew throughout the North-East. Happy Republic Day”!

I almost shat my pants. He realized how stuck I would be there and said, “Calm down. Assam will be open. Get yourself out of Nagaland by tonight. Good luck”. He lowered the shutter after saying this.

I was too dumbfounded to even say thanks. I immediately booked a ticket from Dimapur to Guwahati, took the last cab out of Kohima heading towards Dimapur and then took the train to Guwahati. I reached Guwahati the next morning and then booked another ticket to Silchar. Took the train that evening to Silchar and reached there the next afternoon. I then took a shared Sumo to Aizawl and reached there at 9 PM. It was one hell of a journey and I spent almost 48 hours on the road, but as I mentioned earlier, the train ride from Guwahati to Silchar had made it worth all the troubles that I faced. Tell us about the exotics.

Well Nagaland is a land of the exotics. Woodworms, live frogs, grubs, dog meat and the king chilly are some of the most exotic food which I found there. I found another variety of chilies in Mizoram, popularly known as Bird’s Eye chilies which were equally hot.

I found people in Nagaland to be a little less welcoming to a foreigner and a little passively ignorant. They have enough reason to, so I didn’t mind. We have alienated them since the beginning of time because of their cultural uniqueness, that now they have become extremely resilient.

If you could redo the trip again, will make do it differently?

I would spend more time in all the cities I visited. Also, I would probably sell everything I own and settle in Aizawl.

I would spend more time in all the cities I visited. Also, I would probably sell everything I own and settle in Aizawl. All photo credits belong to Shantam. You can follow his work at Instagram . Also connect with him in Facebook for inspiration. It is his travels and pictures that instilled the idea to travel North East in my mind long back. Stay with my blog. More details on holiday destinations in north east India is coming soon!

Meanwhile, read on my account of travels to Darjeeling!

9 thoughts on “Beyond Imagination: Holiday Destinations in North East India”