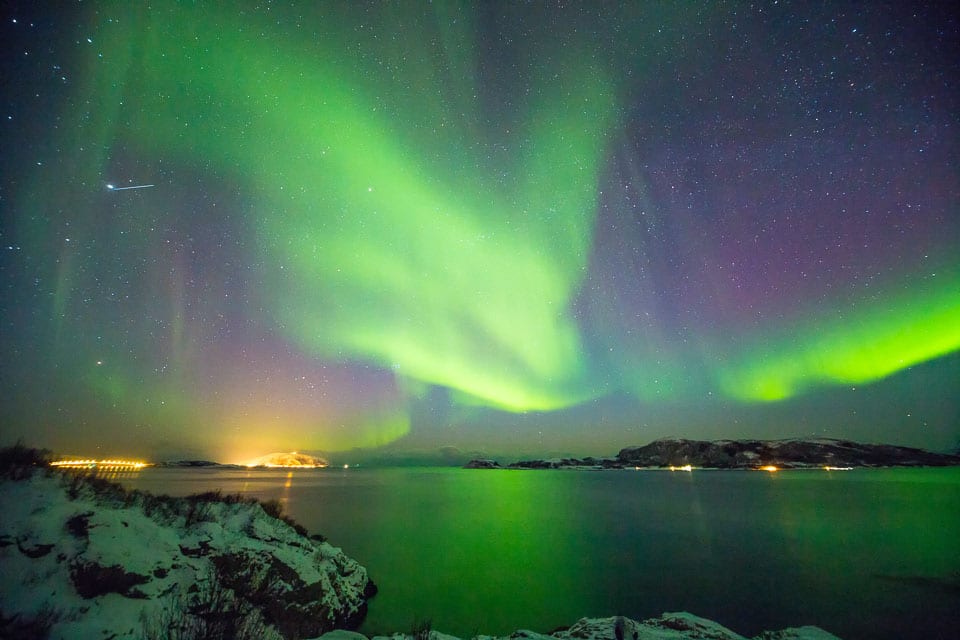 Iceland, the island nation located close to the Arctic cycle, is ethereal with astounding geological rock-forms. They are rare and precious finds on the face of earth. Add to that, the crowning glory beckons as Aurora Borealis illuminates the horizon. The days of endless summer, white nights, have evoked and inspired many epic writers to scribble down their thoughts and aw in immortal ballads.

I often wonder, how the director and producer team of Game of Thrones did not give up to the temptation to shoot under the illuminated night sky of Iceland! For the uninitiated, GOT was shot in Iceland. Dubrovnik too, for the King’s Landing parts but Iceland was the main playground for GOT’s crew.

For me, the bucket list destination gets bigger by each passing day but the allure of elusive Northern Lights in Iceland is insurmountable! This blog post is intended to serve as a ready reckoner for for the Iceland Traveler and photography enthusiast!

Outside, though perhaps morning, it is still night, but a night of a thousand thrusting colors laid over the shaking stars. The shattering ice still sounds like a drumbeat.

Seltjarnarnes is renowned for being an easy drive close to the capital city of Iceland, Reykjavik. The coastal town is often frequented by the Northern Light chasers. It strategic quaint location far off the touristy route ensures the night on the face of earth are peacefully dark, without the intervention of any electric hindrance.

Seltjarnarnes is also home to a large a swimming complex named Sundlaug Seltjarnarness. Take the stone trail on the sea on a calm day to reach the foothill of the lighthouse of the Grótta island. A picture of Northern light from this spot is every photographer’s dream! The mountains wait patiently at a distance.

By Vicky of Buddy The Traveling Monkey, a digital nomad based out of South Florida. Follow her on Instagram.

There is also a walking and biking path that leads to the lighthouse, as well as buses that run throughout the day, but for seeing the aurora at night you should definitely drive or take a taxi. The taxi ride cost us 2600 ISK (about $23) one way from downtown. It’s definitely a plus not to have to drive so far away from the capital to see the Northern Lights.

The area around the lighthouse is open so make sure to dress appropriately; the wind can be very strong. Also, be sure to have good boots on if you want to walk along the rocks. The lighthouse itself is closed to visitors, but it’s still a great spot to set up in the hopes of seeing the Aurora Borealis. The best time of the year to see the Northern Lights is between September and March and from about 9 p.m. to 2 a.m. on clear nights.

Contributed by Sophie and Adam from We Dream of Travel

Iceland is one of the best places to witness the magical and often elusive northern lights.  While there are many stunning natural landscapes to enjoy this phenomenon, one of the most unique places to see the northern lights in Iceland is the plane wreck at Sólheimasandur.  The small US Navy DC plane crashed on the black sand beach here in 1973.  The exact circumstances of its crash are unknown.  But, fortunately, no one was injured during the incident and the plane wreck has been left to the elements ever since.

The result is a dramatic scene with the glistening metallic wreck contrasting hauntingly against the black sand.  It’s an incredible sight to see at any time of the day, but truly comes into its own with the mystical aurora borealis dancing overhead.  It is one of the best places for witnessing and photographing the aurora in Iceland.  For the best photography, visit around a full moon.  While this may seem contradictory to regular advice regarding astrophotography, it in fact provides enough light to illuminate the scene without diminishing the ability to see the northern lights.

It used to be possible to drive all the way down to the beach but nowadays you need to park at the nearby carpark and walk 3.5km from there.  In good conditions it is an easy walk.  However, it’s not signposted, and it’s easy to lose your way in adverse weather conditions.  Therefore, it’s not advised to visit during poor conditions – rescues of lost tourists has unfortunately become increasingly common.

Hella is a small town in the south of Iceland. The town is renown for farming and breeding Icelandic Horses. However, its tiny size means there will be plenty of dark sky, free from light pollution, making it the perfect place to hunt for the Northern Lights.

The best time to visit is the winter, although the Northern Lights can be seen at any time from September to March. You will not have to hike out of town to get the best views. When the Northern Lights “turn on”, you can delight in them from the grounds of the Arhus cottages or any of the hotels in town.

The nearby Aegissufoss waterfall provides a beautiful focal point for a photo as the wide Ytri-Rangá river tumbles over on the way to the sea. If you’re lucky, you may even capture the active volcano, Hekla in the background. The waterfall is easy to get to on foot; only a 30 minute walk out of town.

Hella is also the ideal base of operations for the exploring the south coast of Iceland including the Golden Circle, famous waterfalls like Seljalandsfoss and the Sólheimajökull glacier. So there is plenty to do while you wait for night to fall.

It’s easy to get to Hella by public transport, but if you hire a car the drive is only 1 hour and 20 minutes from Reykjavik.

By Rachel, from Children of Wanderlust – a family travel and parenting blog.

Hotel Búðir is a beautiful and traditional hotel, located on the Snaefellsnes Peninsula of Western Iceland. It makes the perfect base for exploring the local area. As well as boasting some dramatic mountain and coastal scenery, the peninsula is also home to several tourist places of interest. These include remains of a washed up shipwreck, giant atlas stones once lifted as a test of strength by Viking warriors of the past, the origin of the Icelandic delicacy of putrefied shark, also known as Hákarl (be warned, as an outsider I honestly don’t think I’ve ever eaten anything worse!), as well as an active volcano that was the inspiration for the mouth of hell in the story of Gulliver’s Travels.

The hotel itself contains rooms and suites that have been elegantly furnished, as well as a top class restaurant, serving up some of the best local Icelandic cuisine that you’ll find anywhere. This does all come with a price tag to match, but the unforgettable location means it is still worth every penny for a treat. Adjacent to the hotel is a cute little church (that can be used for weddings), as well as interesting scenery to explore. The hotel can be reached in roughly two hours of driving from the capital, Reykjavik.

The isolated and dark position of the hotel, combined with its location just south of the Arctic Circle, make it a perfect place for viewing the Northern Lights. If lucky enough to get a display, the hotel staff are on hand to offer a wake up call at any time of night, so you can rest assured of never missing out.

2 thoughts on “Chasing Northern Lights in Iceland: 4 Delightful Spots for Every Photographer!”