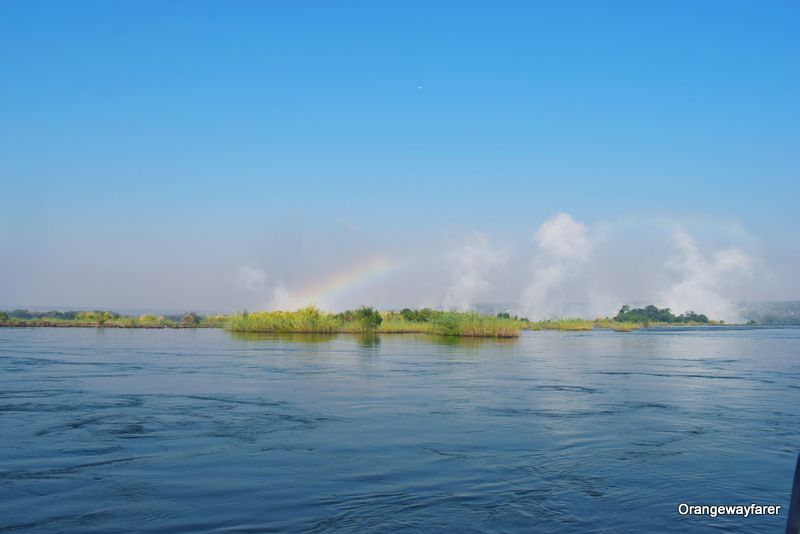 I had to start the post with Ganga. Hoogly as the geography books would call her. The tributary of Ganges that nourishes West Bengal.

Old Ghat by the banks of Hoogly River

Looking for the iconic beauty of rural Bengal? Dyuti and Ritam of Mono Aji fame recommend these nameless ghats by the banks of Hoogly river.

The closed door of these jute mills during early 90s took immense toll on middle class Bengali lifestyle. I remember going to school and having to hear from batch-mates how their father had lost jobs.

It was the eve of Durgapuja 2018. Cyclone Titli loomed large on eastern coast of India. Two men swam across the profound river at ease!

Benaras, where do I start? Where do I end?

According to Hindu belief, dying by Ganga in Kashi (another name of Benaras) is equivalent to attain heaven!

Traveling by old Indian railways to the ancient Kashidham is a profound emotional affair!

The companionship between Indus river and Indian remains after the partition of the subcontinent.

Indus river, the cradle of civilization of Indian subcontinent.

A man from Maldah who came to work in Ladakh for BRO fetches me some water from Indus river as souvenir.

Indus takes a bend against the breathtaking landscape of Ladakh!

Stak Na monastery is housed on the rock as Indus takes dramatic bends in ladakh.

A boat sails on Bramhaputra “Nod”, a male figure in Indian context.

Sunset over Bramhaputra, Guwahati as seen from Umananda island

The river Nile and an emerging day, somewhere near Egypt and Sudan border

I have never quite seen another sight like that of Nile river!

A bright day in Cairo by the river Nile

Cairo, the sprawling capital city of Middle E, is literary a baby of river Nile.

An evening by river Nile on the day of Bakri Eid, 2018

Boats set sail as people of Cairo come out with family to celebrate Eid.

The most spectacular water show in the world, Mosi Oa Tunya, Victoria Falls!

Angel’s pool at the edge of Victoria Falls where river Zambezi river takes a plunge, Zambia

In a rather low water level season, you can go ahead and take a dip in this pool.

Rainbows are a part of lifestyle here at Zambezi river!

At the edge of the world. For a fraction of the second, I would believe that the earth is flat!

Mara , Masai Mara game reserve at Kenya. A pod of hippos are bonding under the winter sun

During monsoon, the river gets filled brink. It is also the geographical indicator of the great migration of Masaimara!

Luang Prabang Timeless, where globalized world has taken a stop at the threshold as Buddhist monks chime in peace mantra.

If you see in person, the of the Nam Ou river will astound you, especially on a rainy day!

A boatman sails to a village by the banks of Nam Ou river, Laos

The river flows from time immemorial and as the only witness to the destruction of the ruined ancient city of Vijayanagara.

Tungabhadra river is named as Pampa in Ramayana, the Indian epic

Come winter, you take a look at the crystal clear water of Umngot river at Meghalaya and Bangladesh border and you may think the boats are floating!

My finest memory from a week long trip in Shillong!

Jia Bharali, the river that will ascend with you to Tawang in Arunachal Pradesh

Jia Bharali, up close and personal at Bhalukpong, Arunachal Pradesh

If you are  road-trippping to Tawang, you are likely to befriend river Jia Bharali in the journey. A beautiful river punctuated with pretty bamboo bridges, Jia Bharali will make you feel overwhelmed!

One of the cleanest villages in Asia, Mawlynnong and a mountain stream in Meghalaya

Village children taking a dip in the Kormundi river

Two elephants taking a quick shower at the Manas river by the Manas National Park, Assam

A bird alights on a dead tree trunk on the river bed of Manas river.

An aerial shot of Indus and Zanskar river as seen from the flight. One click I am very proud of!

Confluence of Indus river and Zanskar river as seen from Nimoo the view point.

Manas river at India and Bhutan international border. One of the few unarmed borders of the world!

In close proximity to the Bodo villages by Manas National Park, Assam.

Waterfalls in pictures: Nuranang Falls in Arunachal Pradesh, Milk falls in Wagamon, Hun river in Ladakh (which comes from Pakistan and meets Indus)

A Rhinoceros U, Indian rhino strolls by the banks of Diphlu river, Assam

A wild water buffalo takes a dip in a (lake that feeds Diphlu river) at Kaziranga, Assam

Vagamon river flows through the tea gardens in Kerala

We camped in Vagamon by the banks of this beautiful river and in the misty hill mountains!

This post is a round up of the travels I have made in 2018. Watch out for a series on the same with food, sunset and much more. If you have any suggestion, feel free to comment below.

This post may contain affiliate links. Please read the disclosure post. If you have liked the article, you may support it by buying using these links without any extra cost to you

7 thoughts on “Rivers Around the World: 50 Fascinating Pictures”