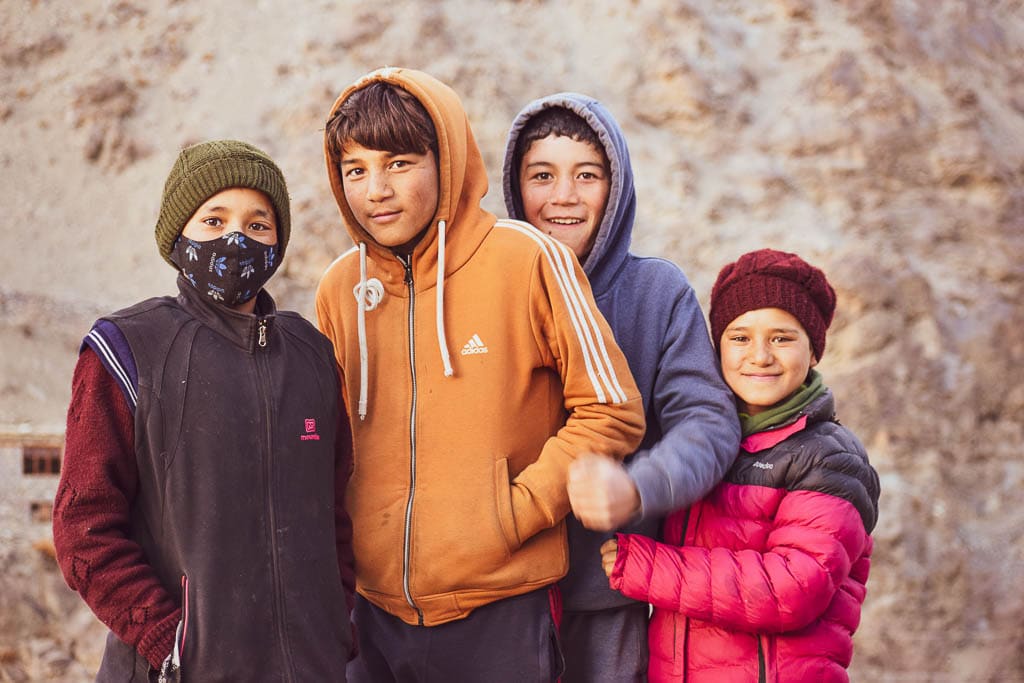 “This is for a winter sports destination somewhere in the Himalayas! But I am unable to share the name of the destination due to security reasons.” Thus came the invite for the press trip to Kargil. I instantly knew this was somewhere in Ladakh! In February, at the peak of the winter, Ladakh drapes the costume of beautiful Snow White. I was thrilled with the idea of visiting Ladakh, yet again. The last time I came, it was summer! The scorching mid day sun caused us sweat followed by gusting wind that sent a chill down the spine!

Before I begin, I must remind you Kargil is the second largest city of Ladakh. It is, in fact, one of the districts of Ladakh. Many people are yet to figure out basic geography when it comes to Ladakh. In their mind, Leh is different from Ladakh and Kargil is a celestial being. Nope, Nada!

Ladakh is the newest Union Territory of India, as of 2021. Leh is Ladakh’s capital. Kargil is one of the districts. Ladakh is the all encompassing grandpa of myriad geographies ranging from layered snow pits of Dras to frozen lake of Pangong Tso, the green belts of Batalik and countless high passes! Some of the latter make for the highest motorable roads of the world!

Traveling to Kargil in winter brings in the joy of experiencing unprecedented snow!

Jump to Content: show
1 The Insurmountable Cold of Kargil!
2 Be careful while you pack for Kargil
3 Be careful of the resources used in Kargil
4 It is absolutely safe to visit Kargil
5 Kargil and LOC: the making of a conflict zone
6 Best time to visit Kargil
7 Kargil is way beyond the war! Explore local culture of the land for an immersive experience.
8 Subscribe

The Insurmountable Cold of Kargil!

I was told it would be cold in Kargil. Pack enough woolens.

In only cold could have been conquered with woolens !

In Kargil, we woke up to snowfall, reached hotel at the dark of the night amid a snow storm, got stuck at Himbotingla pass, at an astounding height of 13,700 feet amidst a snow blizzard and the car had skidded several times on black ice.

To think of it, it is nothing short of a miracle we remain unscathed of the profound cold while traveling in Kargil. Unlike the Instagram poster pictures, the Kargil sky remained perennially overcast. The iconic sunrise of Kargil bestowed us with golden rays only one day and boy oh boy was it not beautiful! On other days, Kargil town wore a white snow blanket and sunrise was a rather bleak event. The sun came stealthily.

A little drive off the national highway from Kargil town and you would come across vast landmass, dotted with rural settlement now under knee deep snow. Simple amenities of an urban life like running water is a luxury here. We were overcome with cold, beauty of snowclad mountains and unexpected scenery while the locals stressed how well they have adapted life beside the snow. They complained of a headache when they go down to warmed regions near the plainland. The cows and the dogs, albeit domesticated, often had a worn out jute cover on them.

Also read: 20 beautiful pictures from Kargil that will invoke wanderlust!

Be careful while you pack for Kargil

The woolens you need to pack for a winter trip to Ladakh (including Kargil or anywhere in Leh): Cap, Muffler, Comforter, two pairs of socks (at least), two pairs of shoe (in case one gets wet), thermals, jackets, other layering. Carry ample moisturizer, Boroline and Nivea are the two good old brands which worked. Rest did not, in my case!

I also had swallowed a Diamox tablet two days before the scheduled trip to Ladakh to avoid getting sick while traveling. Leh is situated at an astounding height, 10,000 feet atop the sea level. It is natural if your oxygen level goes down. I am usually immune to motion sickness but I did not risk it while traveling to winter Ladakh.

Be careful of the resources used in Kargil

Be careful of every activity you partake while traveling in Kargil (or winter Ladakh) that involves using some kind of natural resource. The prolonged and brutal winter forces Ladakh to stay cut off the world outside. The only supply chain with Kargil is from Srinagar through Jojila Pass, which remains mostly off access route during winter months.

So take a count for every drop of water, every moment you enjoy the privilege of a heater and the very last morsel of food. It is nothing short of a privilege to be present in Kargil during harsh winter and avail all the tourist amenities. As little as a water heater in the room and running water actually adds so much value to everyday life here!

We stayed at the P C Palace Hotel in Kargil. One fine day the owner took us to the rooftop and showed all the solar panels installed that helps the hotel to run the show for a larger part of the year.

It is absolutely safe to visit Kargil

The haunting of the Kargil water remains prominent in the heart and soul of every resident of the Indian subcontinent. In fear, we often try to shy away from staying longer in Kargil. Often considered to be a suitable night halt to acclimatize on the way to Leh, Kargil serves as a one day destination. it is a pity people miss out on the plethora of cultural wealth and the astounding Suru valley that remains deep in the heart of Kargil region!

Kargil and LOC: the making of a conflict zone

Despite the safe status which is lasting in Kargil for over a few decades now, always remember its close proximity to an international border which is subject to heavy dispute and invested diplomacy. At certain bends of the road, our visibility was restricted with makeshift stone walls. At the end of it, it was written that “Enemy can see you.” That means border is close-by. Army posts beyond LOC can actually see us, shoot us and bomb and do other dance of death suitable for a war zone. Not that it happens, but it is a possibility.

I suggest always have a plan B and never ever push your limits. Do not step into the mountains unless you are with a local guide. Many of the mines lie in the Himalayan wilderness which has not been detonated yet. It is wise to remember Kargil remains a sensitive and heavily secured conflict zone, standing close to LOC between to nuclear enabled neighbours. While it is the time of peace in the valley, one wrong turn at international diplomacy can ruin the fine balance at any point of time. I am not asking you to be scared. I am asking you to be mindful!

They say a mountain is experienced differently for all the four seasons. While winter Kargil is a rare find of winter wonderland in India, the yellow and red canvas of autumn is equally inviting. The apricot bloom of spring paints the valley ivory white. The monsoon rolls down the hill with lush greenery. To watch a marvellous play of colour in kargil, trust the short stint of summer.

You choose what you want to see and plan your trip accordingly. I prefer the winter (because I have seen it) and can not wait to make a trip to Kargil during autumn!

Kargil is way beyond the war! Explore local culture of the land for an immersive experience.

Stay at the heart of Kargil town and explore the region for at least 4 to 5 days before you move to the next destination. We stayed for 4 days and yet could only scratch the surface. So much of Kargil remains unseen. Please do not miss visiting Suru valley. I can not emphasize enough on this particular destination.

The locals of Kargil practice Shia Islam. Their linguistic connect remains strong with people from Gilgit Baltistan beyond LOC. Over a cup of Kahwa, you can chat with the locals and in a few minutes they will describe about the massive prices they had to pay due to sustained warfare. Many have lost half the family beyond the border and can never find a way to reunite. The ancient silk route had passed through Kargil. Remains of Gandhara art on towering Buddha statues of Mulbekh Chamba and Khartse Khar tells volume on history.