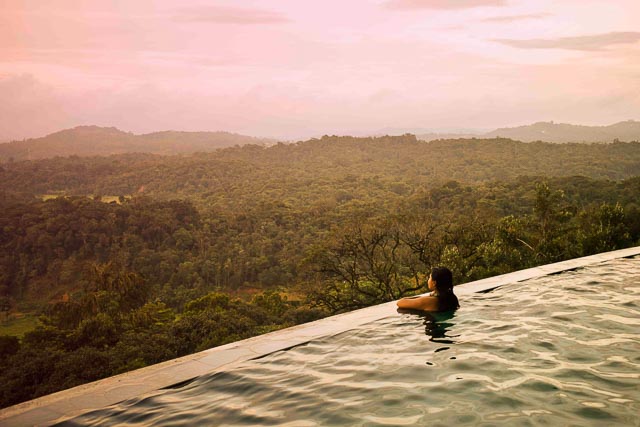 Karnataka boasts of a wide array of tourist attractions from Indian peninsula. With her coastline stretching over 280 km to the west, the UNESCO heritage site of Western Ghat mountains of Karnataka safeguards an incredibly diverse range of flora and fauna. Home to Bangalore, India’s ubiquitous answer to Silicon Valley, Karnataka also boasts of the ancient Hindu temples of Pattadakal, Hampi and heritage regal towns like Mysore and Udupi. There is no dearth of travel destinations in Karnataka.

As a first time visitor to India, Karnataka also ensures one of the safest travel experiences with friendly hospitable locals. The weather condition remains favorable by and large for the entire year, with temperature not exceeding 26- 28C even during the summer months. To obtain a visa for India, you can check this article by Byevisa for a detailed checklist and step by step guide.

Jump to Content: show
1 Bangalore: The IT capital of the Oriental world
2 Mysore: the Royal Charm!
3 Hampi: the Ruins of Vijayanagar Empire
4 Pattadakal: The UNESCO Heritage Temple Town!
5 Dandeli: Adventure by the Kali river
6 Gokarna: What Goa Used to be 25 years back!
7 Udupi: the famous temple town by the Shore!
8 Coorg: The Romance of a Coffee estate
9 Jog Falls: Second Highest Plunge Waterfall of India!
10 Nagarhole Forest: Home of the black Panther
11 Subscribe

Bangalore: The IT capital of the Oriental world

The newest entrant to the list of Indian metro cities, Namma Bengaluru has been voted as one of the most livable and safe cities of the country. Famous for the beautiful gardens adorning the streets of Bangalore, the cafe culture of the city testifies to the younger inhabitants. Bangalore’s claim to fame in the world map is synonymous to India’s prowess in the field of computer engineering and IT outsourcing. No wonder why “Bangalored” is an accepted English word in Oxford English Dictionary as of today’s date!

Popular as the most magnificent Dussehra festival of India, Mysore is the erstwhile capital of Wodeyar dynasty. The city houses the very beautiful Mysore palace and is also revered as the production hub of Mysore Silk saree, woven with mulberry silk and real gold zari. Mysore is well connected with Bangalore by train and bus routes and is often visited as a quick day trip.

Hampi: the Ruins of Vijayanagar Empire

In its heyday, the Vijayanagara Empire’s reputation had reached as far as the Roman empire through various trade routes. Hampi, now a UNESCO world heritage site and a ghost town with all the ruins of the sprawling capital at her heart, was once the heart of Vijayanagar empire. Voted as one of the best places to visit in the world by New York Times, Hampi is located close to Hospet town. You requires at least three days to travel in Hampi. River Tungabhadra runs between the ruined section and the hippea area of Hampi. The protruding Gopuram of the Virupaksha temple towers over the Hampi ruins and boulders and echoes hymns to the God.

While Hampi is dotted with ruined architecture, the Pattadakal temple cluster of Badami, at a driving distance of three hours, holds onto the 7th century Hindu and Jain temples built by the Chalukya dynasty with glee. Pattadakal is a UNESCO world heritage site as well. The emphasis is on the blending of North and South Indian architecture style in temple building.

Dandeli: Adventure by the Kali river

Located by the banks of Kali river, Dandeli is home to dense forest, a rural settlement and India’s only hornbill sanctuary. Dandeli is also famous for a number of adventure activities including white water rafting and rock climbing. But more than anything, Dandeli is a quiet getaway for the bird watchers of the country.

Gokarna: What Goa Used to be 25 years back!

While Goa and Gokarna both are almost equidistant from Bangalore, Gokarna reserves the charm of a rustic beach gateway. It is less frequented by the touristy crowd hence retains its authentic charm. Close to Gokarna beach, the giant Shiva statue of Murudeshwara attracts a number of devotees on occasions.

Udupi: the famous temple town by the Shore!

An important stop of the pilgrim route, Udupi houses some of the finest beaches of coastal Karnataka, like Malpe and Kaup beach, famous for the towering lighthouse. The Sri Krishna temple of Udupi brought in revolutionary change in the local cuisine which sustained the gnaw of time and remains as it is even in the twenty-first century. While in Udupi, do not miss binging on Gadbad, the ice cream served in sundae glass loaded with local fruits!

Coorg: The Romance of a Coffee estate

Also known as the Scotland of the east, Coorg is home to rolling meadows, sprawling acres of coffee estates, the mouth of river Cauvery and dense green forest frequented by wildlife. On a misty day, Coorg allows you to glance at some of the most breathtaking vistas. While at Coorg, a sumptuous meal of Akki roti and Pondy Curry (Coorg style Pork dish) is a must have experience.

On the way to Coorg, you shall also find the Namdroling Nyingmapa Monastery, the largest Tibetan Buddhist settlement after Dharamshala, India.

While romancing the western ghats at the peak of monsoon, you should make way to Shimoga and stand in awe at the banks of Sharavati river amid mist and cloud. The clustered Jog falls roars and plunges at the deep gorge from a height of 253 meters. The beautiful KTDC Bungalow lets you take an amazing look at the torrent of the waterfall from the comfort of a bed. On a dry day, you can use the staircase and walk down till the base of the waterfall as well!

In Search of the elusive black panther, multiple expeditions have been conducted into the dense woods of Nagarhole National Park, located at the Nilgiri bioreserve area. The tiger reserve of Nagarhole is also home to Asiatic elephants, gaurs, deers, dhole (wild dogs) etc and many avian species. Karnataka has the highest number of Bengal tigers in India. A number of homestays and eco resorts as well as a well equipped government guest house is located at the outskirts of the park, welcoming guests.