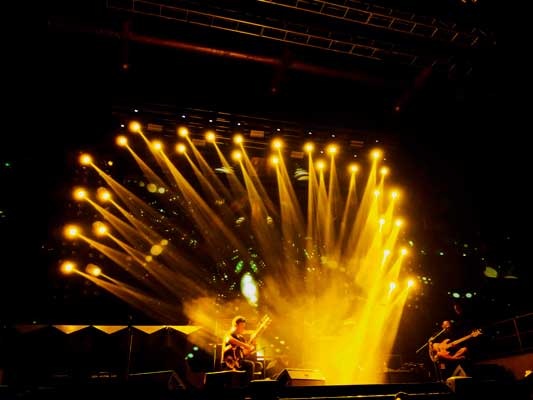 About this blog: 50 pictures from Nepal, her culture, vibrant spiritual spots, verdant nature and residents. This is an ode to Nepal beyond the granddad of every adventure seeker, the Mount Everest trekking trail through a photoblog!


From the Heart of Chitwan…


Read: The masks of Nepal!


Also read, birding at the jungles of Dandeli, Karnataka!

The story of a Hanuman Langur romance!


I don’t think they approve of our relation!


Okay, I posed! Happy now? Show yourself out!


Witnessed the sky glow in fire as we were walking in the buffer zone between core area and community forest at Chitwan!


Also read, the stunning Sunset sky of Masaimara, Kenya! A set of Photographs I am very proud to have captured!


The small dot on the river bed is actually a child rafting on a truck tire! Yes, you read that right!


Yet another sunset in northern part of Nepal, the high Himalaya plays the stage.


A suspension bridge. These bridges play the role of a lifeline of the distant nameless mountain villages!


Romancing the Himalaya at Pokhara!

Hiking the peace pagoda of Pokhara, you will be rewarded with stunning views of the Pokhara city and Himalayn ranges!


A dramatic sunset over the Peace Pagoda in Pokhara!


Sunrise view on a rather cloudy day from the top of Sarangkot, Pokhara!


A microlight flight that flies over Phewa lake and shows you the profound Mount Everest and other prominent peaks of higher Himalaya!


Tansen Village, the spirit of a community…


A woman of Newari community sings a traditional music to welcome guest!


Also read, Community Tourism at the heart of Maharashtra, Purushwadi!


Thukpa: Nepal’s answer to Pho in Vietnam? This delightful broth is the embodiment of all the flavor and nutrition from the highest mountains of the world!


Lumbini, the birth place of Buddha…


The world peace pagoda in Lumbini. There are close to 90 peace pagodas around the world. I have seen them in Darjeeling and Ladakh beforehand.


The building cost is estimated at $1 million. Japanese governemnt took the initiative to build these Stupas around the globe to commemorate the death of thousands during the nuclear bombing of Hiroshima and Nagasaki.


A shop selling antique masks. these masks are probably the best souvenir to get back home from Nepal. However, they can negatively impact your luggage allowance!


A Nepalese Hindu man starts his day by performing rituals.


Read about Bhaktapur, a UNESCO World Heritage Site in Nepal, a day trip from Kathmandu!

The UNESCO heritage site Bhaktapur is ancient in age and has preserved the timelessness with elan!


A traditional wood curved window of a Nepalese house. An old lady looks out.


The very famous golden gate from Bhaktapur Durbar square. Few of the temples here allow entry for Hindus only.


The giant prayer wheel of the UNESCO heritage site Boudha Stupa, which has been rebuilt after the devastating earthquake of 2015!


An exquisite door of a shop on the lane that encircles the Boudha Stupa!


The Stupa rises like that of Shwedagon Pagoda of Myanmar!


Thamel is the picture perfect touristy town of Kathmandu, capital of Nepal! The vibe is different than the traditional Nepalese residential places. Thamel is Kathmandu’s window to the world, in a sense! This is where most of the post- mountain massage therapy centers are.


Kaalbhairb: You must visit the Kathmandu Durbar Square to see him! You will lose words for a while!


An elaborate door to the Debi temple of Kathmandu Darbar square which opens only during Dasain, Nepal’s major festival!

The durbar square of Kathmandu shall astound you with intricate woodwork that dates back to thousand years! Reason why all three are UNESCO sites!


A woman separates the stale dried red chilies from the good ones. A quality check before ingredients are sold.


If you ask, this is my most favorite picture from the entire series of Nepal. I do not know what makes it so close to my heart? Is it the picture of Shiva? Or the sleeping dos at one side. Or the woman sitting on the ground? I do not know. But this frame easily stole my heart!


“Click me on your DSLR!” He demanded. He posed for a while till he got the perfect shot and then vanished in the crowd pull of busy streets of Kathmandu!


Loved it? Pin it for later!